I used my school fees for my cousin – Julius’ lessons from 2016
January 15, 2017
Personal Experience

2016 was indeed an eventful year for me. Maybe it was because that was the year 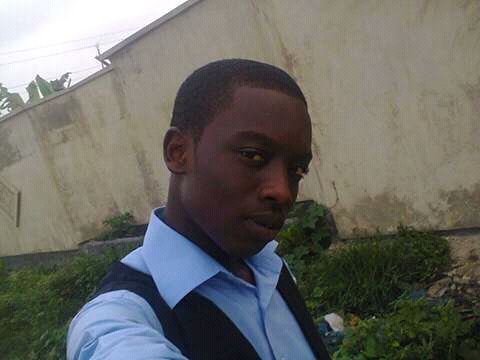 I fully settled down as a student in the university, strange right? For those people who knew when I gained admission, it may appear rather strange that it took me this long to settle down. Yes I fully became conscious of my environment in 2016, that was when I decided to explore, make friends and interact with people, particularly in the hostels. Alright enough of the stories, let’s get back to the lessons learned. This story I’m about to tell you greatly affected my trust in people, especially the ones I call family. You may think I’m weird now but trust me, family is actually the ones who could stab you real hard and thereafter clean up your own blood on your clothes without feeling an ounce of regret.

When I gained admission into University of Calabar I was very excited when I heard I’ll be staying with a cousin I never had the opportunity to meet until now. Even though we usually talk on phone I never knew what he was like and all I ever dreamt of was to meet him so when fate gave me this opportunity I jumped at it without thinking twice. I resumed and discovered my cousin brought his childhood friend who was also a student to live with us contrary to our agreement but boys being who we are, we got along real fast and in no time we were leaving like siblings. During the first semester in our second year, our rent was due for renewal and the landlord was on our throats threatening to send us packing   and so we were running helter skelter to save our skins. As at that time I resumed earlier so I was the one getting the heat and to avoid this, I decided to use my fees to balance up for my cousin who was the one left to bring his own quota. I paid the rent after being assured by him that he will pay me back as soon as he resumes. Life went on but I had the shock of my life when after a month I didn’t hear anything from my beloved cousin concerning the money, not even a whisper. Everyone moved on with school activities as though nothing was as stake even when I told him it was part of my fees. I started regretting my actions when after two months going to the third, the story was the same. I began to panic because I needed to pay my fees and worse still my parents knew nothing about my plight. When I could no longer keep my cool, one evening I confronted my cousin and asked him about my money. What I heard almost got me screaming out my lungs in anger, my head was pounding, eyes red with anger and I could practically hear my heart racing. I was indeed hurt and angry. My dear cousin told me that evening that he had spent the money he was given by his parents and that there is no hope of getting another from his parents soon because they had
not been paid. What pained me most was that he spent the money on irrelevant stuffs, I had observed he was a reckless spender. It took me
lots of sacrifices including not registering my GSS courses and not buying some text books before I was able to pay my fees. That period was really difficult for me because I learnt the hard way. Next time I’ll think it through before making such decisions, maybe I would have gotten some counsel if I had told my parents before trusting my “beloved cousin”. It may interest you to know that I’ve not gotten back my money even as I write this experience and I plan not to take it easy with him this year. He should be ready to cover for my own rent this year or else he will get it hot from me.

Bio: Born in the month of January (28th). I’m a student of English and literary studies, University of Calabar. I love singing, writing, acting and seeing movies. I also love meeting people and impacting on the lives of as many people as possible.

Next article My School Life By Abasiono