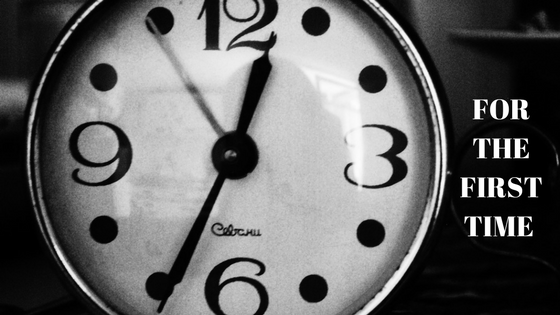 Papa spoke the whole time he spent beating any one of us—his children. He would say something similar to what his beating meant.

“When you walk through rough paths, you fall. Today you’ve fallen to meet my cane.”

“The reward for evil is death. I’ll kill you today.”

But the one he started with today was “foolishness is in the heart of a child, but the rod of correction drives it away.” He kept reciting lines, you would think he memorized all of them, as he kept swinging his hands where his belt lay back and forth, back and forth. Sarah cried as Papa beat the devil out of her—that was how he described it. He would say there’s a devil in us, then he would proceed to pull put his belt and beat the devil out of us.

I always wondered how he expected an eleven-year-old Sarah not to cry when being beaten with an eighteen-year-old leather belt that showed no sign of spoiling within the next six years. He would keep shouting at her to keep quiet while he flogged her. How do you flog the devil out of somebody and expect her not to cry? Even church pastors hear cries during deliverance services.

Mama would shout at papa the whole time, cursing, blaming, wailing. And we—who were not being beaten—would observe with hatred and fear in our hearts—hatred for and fear of the man we grew to know as our father.

This time around, Papa beat Sarah because she refused to eat what Mama cooked, but requested for something else. “Eat alone, die alone. I’ll kill only you today.” he chanted as he beat Sarah.

The house was thrown into a predictable uproar the day Mama announced to us that Papa was not our father. Papa was not at home and Mama called us together.

“…I don’t want you to grow up thinking that this is how fathers treat their children.” She concluded.

Peter said he was going to leave the house. Mary said she will never let Papa beat her again. And I said my relationship with Papa was over. Sarah cried and said nothing—she just cried.

That night, I woke up to loud voices quarrelling in the parlour. I recognized the voices—they were that of Peter and Papa and Mama. They barked at themselves. Peter was warning Papa about beating us, Papa was telling Peter he had every right to do whatever he wanted to do in his house and Mama was trying to calm Peter and Papa down. I woke Mary up, and together we went to witness the drama in the parlour.

Papa was enraged and pulled his belt—the only weapon I can remember him use on us—and made an attempt to lash at Peter. Peter dodged, pushing Mama to make his attempt successful. Mama screamed and fell on the hard tiles.

“You reap what you sow,” Papa growled—the kind of growls you hear in death metal rock—ignoring Mama that lay flat on the floor. “You asked for this. You’ll get it.”

Minutes later, an ambulance came to pick him. Everyone was quiet—not silent. Deep within me, I felt free for the first time.

oddFelix Ayuk is a spoken word poet and stage rapper, a fan of storytelling and a business consultant. He writes and he blogs.