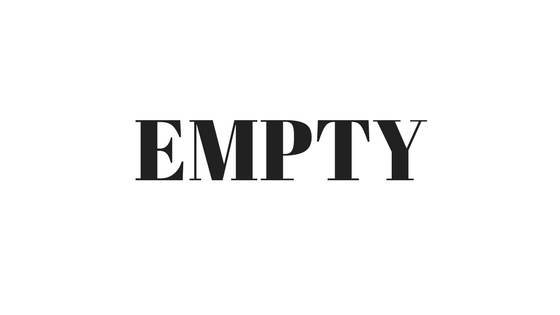 Aminu Mohamed woke this morning agile and strong like he always prayed for at the mosque. He strode out of bed immediately he finished reciting Suratul Fathia, he made for the bathroom and did his usual thing. He didn’t leave, he took his bath as quickly and as best as the cold weather would allow.

He came out and passed by the phone, he was surprised he didn’t receive any calls throughout the midnight. He strode to his bed and flung some clothing on, his stethoscope strapped around his neck. He went to the table and made some tea quickly and thinly. But the more he saw that telephone on that table, he grew nervous that he could not read through the papers he had prepared last night like he had planned. He grabbed them and knocked off his almost empty cup of tea but he didn’t wait to pick it up. His eyes caught the photo of Amina on his bed frame but he couldn’t wait, he rushed into his Mitsubishi Lancer racing off. Something made his heart limp and continuously nervous that he didn’t know.

He was on top speed now, he only slowed down to roll over some speed checkers. This made him apprehensive. The haze that scrambled his view seemed to hold his anxiety, so he stopped staring at it but raised off.

He arrived finally at St. John’s Hospital where he was resident. He flew in and found everywhere colder than he ever imagined it would be. No noise, no movement, no chattering. He went into the first ward, where the pox patient was, the one who made him nervous, it was empty! His legs almost failed him but his surprise shot him much, he flew through all the wards, six in all and then went to the nurse’s office. What he saw threw him off balance. Mrs Bature’s head was thrown on the desk. He lifted the head, a hole ran through it. His blood ran torrent that he fell.

He had expected this attack but not so soon, he was working towards vacating the location by next month. He moved outside when he had recovered and saw Abdou, still in the military camouflage they had gotten for him, down, his rifle running across his chest. He was appalled, he turned his body to check his wounds, but Abdou shook and woke, still lying on the floor.

“Yes” Aminu replied thoroughly surprised, amazed and puzzled at the same time. Soon, they were all gone, he understood. The guy who shot Abdou shot him twice and thought he had left him dead but, no, Abdou’s talisman has promised were sound. Aminu was tempted to laugh but his eyes caught the wards again. Everyone was gone, including the pox patient, she had made him nervous. He had planned to get some medical research for her condition and maybe get some support for her treatment, but she was they were all gone. He examined the wards more carefully, the drugs were all intact. What was he thinking, Shekau wasn’t going to treat them, they’ll all die and perhaps infect some of his men. Aminu thought of what to do next, he didn’t know what had happened, he could only sense.

He got a paper, he didn’t have to search for it, everything was on the floor. Someone had ransacked his office. For what, money, no, no. When last did he receive money from the patient, since Mr. Raman, the bursar, stopped coming to work? He thought of what to write and so he began.
He had almost finished when Abdou ran into his office,

“In the wards!” Aminu went out quite boldly, he moved in the direction of the scary cry he was hearing. There she lay, little and almost lifeless. It was clear she just woke, Aminu picked her up. He cleaned her, gave her the best clothes he could find around. He gave her some food he found in one of the wards.

When he finished writing his report, he wanted to submit it to the Ministry of Health. Abdou followed him, and he carried the baby. Abdou won’t take her. On the way, the car jerked and stopped, they fixed it. Aminu blamed it on the bad petrol they had to buy since the filling stations locked up. The car stopped twice after that until they reached the Central Business District of Maiduguri, from where they’ll branch to the State Office.
The bullets came rushing in all directions. Aminu was still able to see them, dressed in black and some in camouflage. They were shooting randomly and everywhere scattered.

The okada riders jumped off, the shopkeepers were in flight, people fleeing for safety.
Aminu reversed the car in a reflex, keeping his head just below the dashboard. He almost hit a fleeing woman, yet the bangs didn’t stop. The commercial drivers would have sworn they’d fight out their lives for their buses, but they were empty, some razed to black. Motorcycles dotted the road and overturned tables were everywhere. Blood surrounded various bodies including that of a baby who had a broken skull, his mother must have dropped him. There was a car in the gutter.

The stethoscope that still hung over n his neck would have measured that the three bodies were still, leaving the car, just like the market around them, EMPTY!.

Olubela Olumurewa, born on 22 December 2000 in the university town of Ago-Iwoye, Nigeria, is a young budding writer and speaker. His works span across poems, short stories, reviews, essays and motivational pieces. His works have appeared in various magazines including Pencillite and TUCK Magazine. As a young multi-talented person, he hopes to take African literature to a new level.

Next article Tears at a Funeral