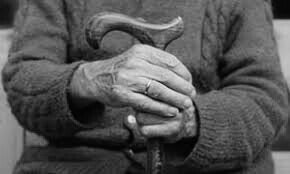 I was sitting in the waiting room again, this time I felt better than everyone else around. As a matter of fact, I was. I was there today by myself. I looked around at the faces, every one of them bore a peculiar emotion, some amused, others depressed, few indifferent. I was once one of those amused faces, laughing at things only I knew from a perspective oblivious to every other person except they shared the same ‘case’.

Waiting. I dislike waiting. It makes me nervous and takes my thoughts to very dangerous edges of my imagination so I have learned over the years to make the best of every moment of waiting. I either read or write to ease the anxiety and nervousness. I forgot to pick the ‘wondrous Love’ that I was reading and my writing pad so I decided to use my phone notepad. I picked up my phone and began to type, there’s a scene right in front of me.

Pom-pom-pom… I reached for the key by the side and turned down the volume to silence the keypad tone. I continued typing. There was an old man sitting where I was, the man beside him looked like a younger version of him, so I assumed he’s his son. The old man looked to be in his sixties, either that or his mental situation has pulled him farther to the edge of ‘viellese’ than he actually was. There were lines etched in the contours of his face, his eyes were partly shut, the lashes of his eyes were grey, his hair was scanty and grey too. His son held his hand to keep him from the constant fidgeting that was obviously making him uncomfortable. The old man sat still for a while, then took his hand out of his son’s grip, and used his two hands to lean on his cane. He swayed this way and that way, obviously content with this new found joyful exercise, he didn’t stop. He kept at it. His son straightened, glanced at his watch and stole a glance at his father. The old man straightened too, stretched his fingers to relieve them of the tension of the grip on the cane and went back to the rocking movement. His son glanced at his watch again and looked in the direction of the Doctor’s office. Then the old man began to speak in hushed tones. He was talking to himself so it didn’t matter that he didn’t speak out or that the sound of his voice, especially as it was inaudible was creepy.

I was so engrossed with this pair that I nearly missed the exchange that was going on at the entrance. The girl, young and beautiful, maybe 18, 19 is yelling her lungs out ordering them to take her home that there is absolutely nothing wrong with her and that she would not take any more medication, as they were just trying to kill her as they had done her sister. There! That was the answer to this case, ‘post-traumatic disorder’. I had spent so much time being here myself that I could pass for a doctor. I knew the cases at a glance or at least I assume I do. Perhaps if she didn’t vent her anger so, perhaps if she pleaded, perhaps if it bothered her that there were people staring at her and most were especially concerned about the fact that the only thing she had on was an old wrapper loosely tied around her and those with her were trying as hard as they could to prevent her from taking it off, perhaps if she ‘behaved’ like a normal person, they would believe her.

The sound of a stick as it hit the tiles brought me back to the scene before me. His son picked up the cane and shoved it under the chair, the old man reached for it but his son restrained him and told him to sit still and wait to have it back when they would be called in to see the Doctor. The old man sat still, obviously against his wish. I could paint a clearer picture of him before. Now he sat still and I was left with the task of pondering what was going on in his mind. He looked so helpless that I began to wonder what his cane meant to him for the couple of minutes he gripped it and rocked it joyfully, contentedly rather. And what those words he was speaking in hushed tones meant to him. The stick perhaps wasn’t just his cane to hold him up when he walked.

Perhaps he found for a moment in the stick a friend, a partner who didn’t judge if he was no longer a child but wanted to play like one. Who didn’t mind that he was saying things that he didn’t understand and most of which he wouldn’t remember in the next couple of seconds if he was asked to ‘come again’. Perhaps in the cane, he found a grown man like him, who was old enough to speak for himself but couldn’t say a word when he really wanted to, because no one would take him serious, as he had kept quiet as his cane was taken from him. All he wanted was to have his stick back, lean upon it, sway this way and that way until he could see the Doctor who would ask him questions that his son would answer for him then they would go home and come back again another day. It was a cycle, the cycle of mental illness.

I assumed all that to complete my story because it seemed like taking the stick from the old man had ‘silenced’ his actions completely. I heard the nurse call my name so I stood up and followed her to the Doctor’s office in time to hear another nurse call out a name. I heard the sound of the stick as the old man and his son followed her to the other Doctor’s office. That another Doctor was to examine him I confirmed we had totally different cases after all, plus I was not a patient anymore, I was once on the edge but I didn’t fall, I hope he doesn’t.