Something I learned from MTV Shuga
April 20, 2016
Voices 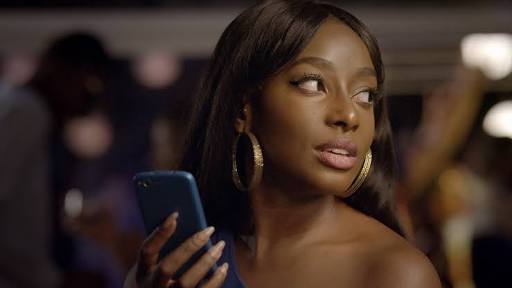 I tell you, i am a BIG BIG fan of MTV Shuga. It’s not like watching Telemundo or ZeeWorld (trust me i detest those channels).
MTV Shuga portrays real life stories which i can relate to.
Yesterday, i believe i finished season 3 and got into season 4 — don’t worry a season has less than 10 super short episodes.
Let’s take a look at a character’s life there:
MALLY a.k.a Malaika: is a university student marrried to Nii. Mally doesn’t want to have babies yet, but her husband desperately wants her to. Everyday, he beats Mally blue black red and she can’t speak up, but her best friend, Sophie, knows about it and advises her to leave her husband.
Now Sophie is a runs babe. Well, her life is pretty messed up and all. She’s fortunate enough not to get AIDS but her sister is not as fortunate as she, she gets pregnant and also contacts AIDS.
Aren’t those familiar stories?

Sophie: Yeah they call her Sophie so fine so fly so fresh and all that. But i wouldn’t blame Sophie for all her runs, all her sleeping around and promiscuity. Sophie isn’t so bad at all, she’s actually a really nice person, i guess it was the Lagos life that had its toll on her. She wanted to survive in lagos, maybe (?) Sophie went through some stuff, almost contacting AIDS, almost getting raped by Leo, getting shot, etc. I can’t judge her, there’s something more to her life.

Princess: Uh huh! Sophie’s naive younger sister. She practically got herself pregnant and contacted AIDS. I would simply say she’s a typical teen with little or no sex orientation. If she had been properly guided on the consequences of premarital sex me thinks she wouldn’t have been in the mess she got herself into.

I think MTV shuga has a lesson and a message for everyone. You can’t contact AIDS by being friends with someone who has AIDS. People who have AIDS need to be shown lots of love. Yes they made a mistake but you can’t take it out on them. It could’ve been you! Hey! You don’t just get AIDS only by having sex, you could’ve been born with it or worse still used an infected object.
I don’t know if i have any friend that has AIDS, e nor dey show for face, but if i did, i wouldn’t run away from that person, I’d treat him or her like a normal person.

Next article Fan-Fiction: The Adventures of Zahrah the WindSeeker