This Is Nothing By Oshioke Asada
September 24, 2016
Personal Experience 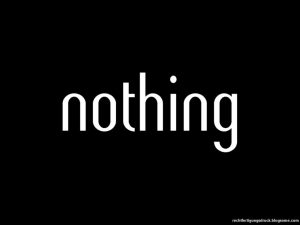 The gallery opened and so many things were in sight; there was science, there was art, there was nature and then there was nothing. Nothing was the prevalent theme, straight from one opening of one gallery.
The other things seen there were distractions maybe, or were they real?

The question had a loud echo but a faint whisper of a reply. Nah, it wasn’t a reply after all. It was nothing.
The feeling of an emptiness accompanied the feeling of nothing. The two were the same thing but a bittersweet feeling of everything one could possibly do with this blank space, or emptiness or nothing. The realization…

Oshioke is a young dreamer. A final year student of Mass Communication at Afebabalola University. This poem of his is exceptional. It brings you into the mind of someone who’s in a state of nothingness (if I’m making any sense at all).

Next article It's All Grey