NAMING A BOOK ALMOST GOT ME MAD BY ONYEKACHI ONUOHA
November 11, 2016
Personal Experience 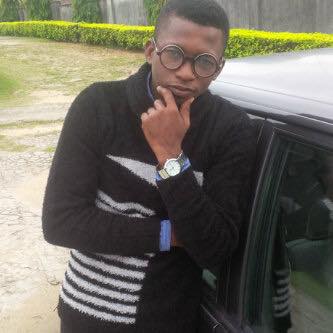 NAMING A BOOK ALMOST GOT ME MAD

Naming is a very serious issue when it comes to the name of a child. I said a child because I assumed it should be so but what about naming a book? I assume I know better. I have given names to many of my books and the books of others as if I am a father and it is this scenario that makes me feel I understand the importance attached to name and naming of a child. I have tested the madness that is associated with naming a child. This feeling that the whole future of a child is predicated on the name (s)he bears. This nostalgia is like that experienced by long awaited expectation of a child. The parents look for names that embody their travails in life. Sometimes the name is a reply to mockery and their state in life. Most times it is a solemn thanks to what they believed in, that gave them a child. However, book naming shares the same psychological stress but cannot be reduced to such levels of appreciation. I have been able to name twelve of my books from the first incident that makes my imagination soar and gives me possibilities beyond the issue that triggers it. The name of my “recent” book Pensive followed the same ritual. It has existed in my subconscious for seven years and I kept plotting and re-plotting in my mind and when it was the eight year, I decided that it was time I write the story marking an end to a phase in my encounter with muse. It took me two months to write and two years to edit. My first editor had no reservation with the name, so I had to brand the name on many of my clothes as a reminder that something new is coming. The second editor actually celebrated the title and his celebration was an affirmation of what many had called a wonderful title but my secured walls of a book title came shattering when I received a note from the third editor Mr Omidire, Joshua Idowu which reads thus,

Pensive does not have a chance here. Best titles are those that easily suggest the

message. Titles are interesting things. Some of them are phrases; some are

sentences, while some are just one word, titles are apt summaries of semantically

voluminous ideas. If your title does not capture that ideas or facts, please discard it.

Like every question that raise legitimacy and difference, like the one in Eden. I questioned the rationale behind my desire to title the book Pensive. I wondered for the first time if my editor was sincere in the question of name. I questioned his judgments that are coated in insinuations that I was able to deduce beyond the innocence of the words. I lost my mind and strength to stand my ground because I view and respect my editors as co-creators but at the end of the day I normally take the final decision and accept the outcome. I set to seek for answers. I produced one hundred titles and at the end of the day it could not summarize the book as my editor had desired. I tasked him for the solution of the “problem” he had identified and each word, phrases suggested could not stand. Our search ranged for a month until I received a writers’ prompt from Mirabelle’s page on Facebook. I decided I have to create a story base on that, when I was done I sent the story to her. Mirabelle the editor of Blankpaperz.com wanted to publish the story titled “Hunger in Heaven” and she needed to capture the new book in the author’s biography and I sent her the following; I have finally chosen a book title for “Pensive” to be Plowed by the past . It was not up to two hours I sent her that and broadcasted it among my friends within my literary cycle and they disagreed with me. Some asked me what type of name was that. Pensive suddenly became a community property, you might wonder if I am complaining about a community ownership, not at all, I told them because they have been waiting for Pensive for a very long time. And the advert of the coming of Pensive has actually taken away the right from me because it was already in the public consciousness. Pensive was no longer a private art, it suddenly came to be by word spoken words like this earth on which I sat to create it. I phoned a female friend whom I have given the burden to read through all the editing down in the three drafts for the past two years and she said “I will send you a mail immediately; this is serious and must be documented”. I could feel the tension in her voice, it was as if I was on trial and within ten minutes her mail came in. I screw through and the message read,

I wish you all the best in your “plowing”. It’s also cool. As for me,

“Pensive” has lodged in my subconscious, so I do not know better

alternative not even the ones you suggested. If the title will be changed

at all, I will like a one word title, not a phrase because not even

sentences can capture it, so leave a word to carry the burden. Please

do what is best for the book.

I shared her feelings, “Pensive” has also lodge in my subconscious and stick with me. I never intended to plow as her quoting of the word suggested. I only wanted to do the best for my creation. I could not cry or say anything to her like the other months when she would say to me “Onyekachi, let the lines and the pages go. What make a beautiful narrative is not the attachment to the lines and pages, it is your commitment to the plot and intentions that you let go of your ideologies, convictions and allow creativity make the supreme decision in the world of the characters.” In those situations of acceptance and rejection of my editors recommendations she had practically argued with me and taking Pensive as her brain child but here she is not arguing not trying to give me reasons to stick to the title but telling me how she feels about the book title. I was literarily mad, my study suffered as I search for ideal title for Pensive. I have come to wear “Pensive”, I have spoken of it for a decade that it suddenly became part of my existence. But craft in creativity supersedes emotion and attachment to creation no matter how long the lines had stayed with the creator and torment him to the extent that sometimes it takes away peace from his. I called Mirabelle again to give me some time to think about the title or to forget about it and I resolved within that time that Pensive should stand because it was upon that name that the whole structure of the book lied. Although the word could not summarize the book, I have gone through pain to look for alternative name without success and I know that in creativity when decisions are delayed the creator suffers from the muse. I was willing to put my mind to rest after plotting Pensive for a decade, nurturing while I crafted other stories that captures humans’ conditions into books, collecting human experiences, actions and making excuses for them in my imagination as I remediate reality and divorce issues through the power of craft. I resolved to allow Pensive because my search of the name was futile, I have wedded Pensive and she had made enough sacrifices before I saw this beautiful lady that looks like a name. Abounding her would be a sort of betrayal to my craft and creativity; I have shared nights filled with tears with “Pensive” in my study. I have wooed and courted Pensive before any of my books was conceived and each day I have wrestled this world that I must live to publish Pensive. My affirmation to live and publish Pensive was stronger than a religious faith; it was a Pensive conviction that when my life was threatened two years ago at Benin I decided it was time for Pensive to assumed its own personality devoid of the existence of the writer as Roland Barth had argued in the “Death of the Author”. Apologies to my friends who had better titles and my editor whom I considered my co-creator, I have affirmed my bound with Pensive and I cannot easily disentangled myself with her but as matter of utmost urgency I have appropriated the two suggested titles, “Edges in their hearts” and “Foliage of Love” that will craft a story which will carry the responsibilities of these titles and I have started work on it because I valued your times and opinions. Pensive title is personal to me and no sensible man divorces his wife just because he had seen a beautiful lady with a character that is lacking in his wife. I am deeply grateful to all whom I sort their opinions and “feelings” about Pensive and sticking to Pensive connotes no disregard or futile intention to stir your patience and creative ingenuity. You are my co-creators and to preserve my creative sanity I just have to stick with the name. Onykachi Onuoha

Onyekachi Peter Onuoha is a Master Student of University of Lagos and holds a Bachelor of Arts in English and Literary Studies University of Calabar, Calabar. Idara (Kraft , 2012), Moonlight Lady (Kraft ,2012), My Father Lied (Kraft,2013), The Scream of Ola (Kraft ,2013), The Fears of Mama (Kraft ,2014) , Ijeuwa( Author house UK, 2015), The Drops of Fascination and other Poems, The Heresy of Gossip and Aluta Struggle are some of his works. Most of his works are studied in Nigerian Universities.
Twitter