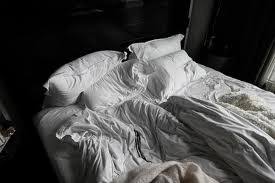 Her gentle turns and wiggles on the bed woke him up that same morning. He used his large arms to pull her closer to himself, she needed to be warm.

“Mhmm?” He answered. His eyes were still shut.

When his eyes finally and lazily fluttered open, he caught her staring at him. The little black eyes had crusts around them. Something about the innocency in them made something else inside of him cringe and melt at the same time. He stood up from the bed and scooped her up in his arms.

“Aii Shama, me take you to the loo now.”

He smiled and kissed her cheeks. Her light giggles reminded him of his wife. She died minutes after Shama was born. Losing Her had hurt a lot and it still did hurt.
But you see, that morning, he wasn’t going to let all the hurt he’d been feeling get to him anymore. He wanted to be a strong tower for his little Shama. So he made up his mind—while carrying Shama to the bathroom—he was going to build back his Kingdom once again, with Shama as the princess of his Kingdom. Together, they would rule, and everything she wanted she could have—well, at least almost everything, he thought.