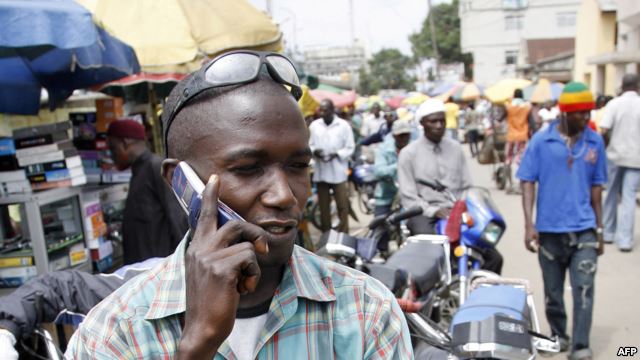 Park, Park. Where are your particulars?

That was the voice of the mobile policeman rousing me from the nap I had decided to take on my way to Umuahia from Calabar. Apparently, our driver had contravened some traffic law only the policeman knew about so we would have to wait a while for him to sort out the issue. Thirty minutes later we were on our way but not without the driver parting with some money. When I asked him why he had given him money even when he had done nothing, he replied that he used the road regularly and so needed to be on their good side.

Secretary: Good morning, how may I help you?

Bola: I am here to have my receipts stamped.

Bola: Can you do it now?

Secretary: Not yet. I already told you I am very busy.

Bola: Excuse me; it’s been over an hour since I got here. Would I ever be attended to?

Secretary: Sorry you would have to return tomorrow. The generating set just went off.

Bola: You can’t believe what I’ve been going through!

Tunde: You look distressed. What could it be?

Bola: For the past three days I have been visiting the school bursar to have my receipts stamped and the man has kept asking me to come back for something he could do in less than five minutes.

Tunde: You’re the one holding yourself oo!

Bola: What do you mean?

Tunde: Nawa for you oo. Just find am small change.

Bola: But is that not bribery? Why should I pay him for doing his job?

In the end, Bola had to part with some money to have the receipts stamped.

The scenarios above are commonplace in Nigeria and one begins to wonder if the words ‘right’ and standard have a different meaning in Nigeria. As a matter of fact they do. What is unacceptable in most parts of the world is the norm here. Or how do you explain a state governor spending more time outside the country than in his state? While riding to an event during the weekend, the driver made a statement “there is no hope for Nigeria.” While I was not surprised at the statement, I was curious to know why he thought so. He went ahead to explain that with the number of underage child laborers who are out of school and have no skill, the future of the country was in serious trouble.

Nigeria’s problems have been well documented and needs no further analysis. As a result, we should be focused on solutions. The driver’s assertion sounds pessimistic but even die-hard optimists like me would find it difficult to disagree with him. Should corruption, abuse of power and inefficiency be accepted simply because it’s Nigeria? Are we to only look at other countries and only wish we were as developed as they are without doing anything to make it happen? We’ve thrown blames around for so long and look set to continue in that path.

For some reason I believe that Nigeria can be better than our dreams. Maybe I’m young and naïve or I’m just idealistic but I believe we can get things right in this country not by trading blames or philosophizing but by taking action. It could be as little as refusing to bribe that policeman or secretary or voting for the most qualified candidate regardless of tribe or religion or just paying the fees of that child whose parents don’t even think he should be in school. Whatever it is, just do something. It only takes a few determined people with a purpose to make a difference. One day you’ll look back and given the giant strides we’ve made, the present situations would sound unimaginable. The future is not set in stone. It is only what you make of it.

I’m Nwokoma Chimgozirim and I hope to make you resist the status quo one article at a time.

Previous articleSuicide Can't be an Option

Next article The Blackness of Eru