IN THE EYES OF A HOMELESS CHILD
September 26, 2016
Poetry 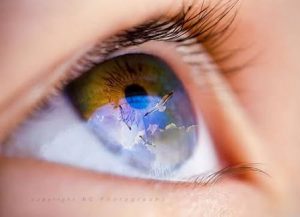 There is a pain in the heart,
Left with grudge and misery
Of a lonesome existence admit the uncertainty,
What lies beneath the hundred hopes?
Feels like a long endless rope,
To live with warmth,
Of yearning of a mother’s touch
With a father’s shield
Look through his crying heart,
In the eyes of a homeless child.

He plays in unsure path,
Of the lonely grounds
The innocent stares to swing and slides,
The tears riding the merry-go-round
Moving around the further round,
Disheartened and clueless,
What lies behind the lost,
Of a mother’s heart
And a father’s touch,
Look deeply to his breaking heart
In the eyes of a homeless child.

He dwells in roofless poverty
Around the dirty-noisy crowded open home
He sleeps in the silence of cold darkness
And wakes up with the earsplitting echoes around,
What is waiting on the other side?
Without embrace during his coldest fights
No words to heed as a sound advice
From a mother’s lips
From a father’s arms
Look closer to his dying hearts
In the eyes of a homeless child.

Dorathy is a promising student of English and literature in NOUN of Nigeria.
A jovial lady, who believes we are poets for fame.
In her words ”POETRY IS a means used to connect with the souls of everyone. 🙈🙈🙈🙈

Next article Dear My City by Ekene