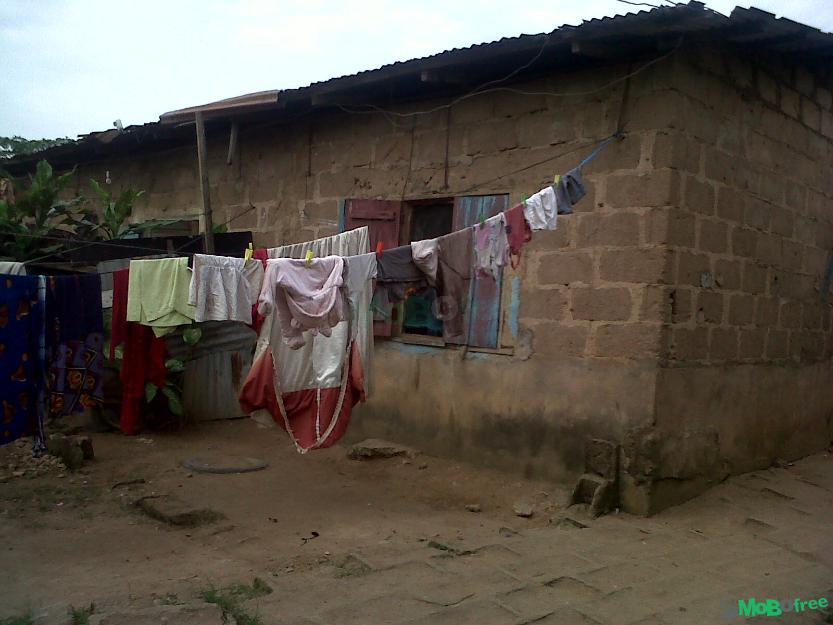 Emeka is not someone to be classified as a good neighbour. A neighbour that enjoys watching your cloths being beaten by rain, tells a visitor that whoever he or she wants to see is not around, stops a girlfriend from seeing her boyfriend with an excuse that the boy’s mother is around. Whenever he is going out, he disconnects NEPA light from the right fuse to the wrong one. Emeka indeed is a wonderful neighbour who is hated by everyone especially Rita.

One beautiful Sunday morning around 5:24am Rita was outside washing some cloths and making sure she gets to church on time, being the praise and worship leader she had to be in church before everyone else. Emeka knowing very well that it was time for her to take her bath, he rushes to the bathroom, drops his bathing bucket and hangs his towel making it look like he is inside. Rita on getting there, seeing it’s Emeka’s towel, she is close to tears but has to be patient. Ten minutes and she has not heard the harsh sound of sponge on anyone body or even water being poured, she has to knock and right then Emeka comes out from his room telling her to wait for him to enter she could not argue because there is a rule ‘first to keep bucket, first to bath ‘…

Rita had to wait for 30 minutes with hot tears in her eyes. Everyone in the compound had tried to pay him back but none had an idea of what to do. But kamar indeed was real.

Emeka’s room is very close to a big mango tree and there is a rumour that there is a snake on the tree but no one has ever seen the snake. On a very cool Wednesday evening some neighbours are sitting outside and gisting all at once and suddenly NEPA brings their precious light that makes everyone to run to their room to charge anything chargeable and play anything playable, competing on whose volume is the loudest. Emeka on entering his room is feeling very uncomfortable and hears a hissing sound in his room but he ignores this to play his own loud movie, prison break. He is so carried away that he doesn’t even see the shadow of a snake on the wall crawling to where his pot of stew is. Rita who is just coming back from evening service is feeling very uncomfortable with herself, why is her mind telling her to go to Emeka’s room what for she tries to fight it but can’t. Rita on getting to his door knocks and knocks but no response, all she hears Micheal telling Lincoln that it’s time for their escape. She has to turn around to Emeka’s window and shout his name, Emeka on turning to know where the sound of his name is coming from sees his visitor the snake. All Rita can hear is machete! Machete!!..

She asks Machete for what, and Emeka could not even pronounce his visitors name and he is close to tears and turns around to carry his hammer and just as he moves towards the snake NEPA takes the light and Emeka pees on himself and hot sweat is all over him. Just then Rita also hears the hissing sound and screamed snake that made all the neighbours come out “snake in Emeka’s room” some people on hearing his name hissed and went back inside, some laughed other went to his door and knocked. He had locked the door and removed his key. Rita turns on her phone light trying to see the inside of Emeka’s room, seeing the sight of Emeka she doesn’t know when she laughs and cries at the same time.

Finally the door is opened and the snake is killed with Emeka still rooted at the same spot, no one tried to move or touch him,Rita comes in to take a picture of him and just then NEPA brings the light and Emeka on his red boxes, all wet, sweat all over his legs, hot tears flow from his eyes, his hands in between his legs and laughter fills his room…

She loves eating food and sleeping. Red is her best colour and she loves making good friends.

Next article WEDNESDAY SERIES | THE SUICIDE NOTE 3 BY EDIKAN AKPANTE