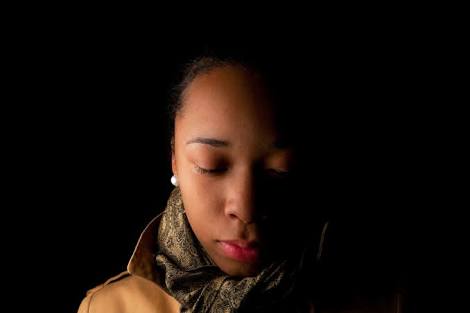 when mum pushed me out

into the welcome of strangers

whose midwifery hands received me

My whining shattered the stillness

cos I feared from the heat that would cloak me

from this bubbling world of tension

covered with the hymen of naivety

until I was sent through the school of life

to learn from the designs

of events, people and experiences

Then my mind received its first touch

and suffered the pains of their pressure

until I was taught that the EIGHT letter

of the alphabet “H” stands for Hate

and the TWELFTH “L” stands for love

I was taught both of them

I learned that myself

until pain left a scar of red

Poetry came with its twists and tangles

and all of life wrote on me

Now I’m a sheet of writings

that will get filled up

when I breath my last

Ndifreke George is a Nigerian writer.  Though a Geophysics graduate from CRUTECH Calabar, he has dedicated much time to writing as a talent. His works have been published on Tuck Magazine, The Kalahari Review, Parousia Magazine (Africa’s First Christian Literary Magazine), The Poets’ Community, Social Justice Poetry, The Praxis Magazine of Arts and Literary, Blankpaperz, The Antartica Journal, Poems and Poetry and Bravearts Africa.

He is also a songwriter, dramatist; and works as a Volunteer Literary Contributor with Bravearts Africa, and a scriptwriter with HumourTV9ja (an online comedy platform). Presently based in Lagos, he is working on another novel.

Next article Unpaired by Kayode Olla