This is What I Experienced at the Ashoka ChangeMakerXchange
December 9, 2017
Mira Writes, Personal Experience

Where do I begin from?

Maybe I should begin from the part where Feyi Adanlawo told me “Mirabelle when you’re at Ashoka, live in the present.”

Sometimes l live in my future but this time around I decided to truly take off and LIVE IN THE PRESENT. Far away from worries and far away from worrying about free WiFi (I actually worried about this).

I loved it! I loved the Ashoka/Robert Bosch Stiftung ChangemakerXChange Dakar retreat. I just really loved it. I came on the first day not knowing what exactly to expect and I wondered what spending a few days with 24+ people would do in my life. 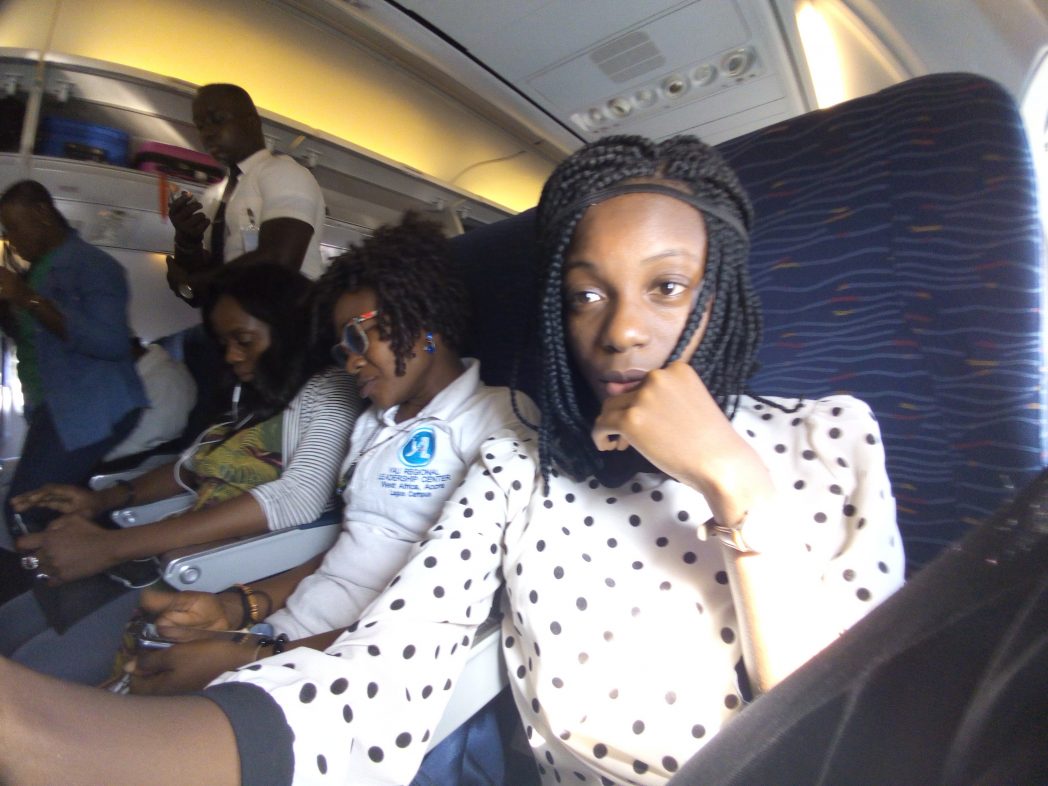 I came into Dakar, Senegal late in the evening and arrived Saly at night very tired. In fact I thought I would need 2-days rest but the next day during our first session on connecting with each other, I forgot about how tired I was and just delved deep into the moment.

How Did My ChangemakerXChange Experience Shape Me?

It wasn’t until the retreat/summit ended that I fully realized the kind of beautiful souls I had been with. The first day I came to the Ashoka Office in Dakar, Elhadj Bah became my first friend and one of my best friends at Saly. ElHadj first took a picture of me, I posed, he showed me a picture of my friend Amina from the SUSI program, I screamed and hugged him so long and tight. It was really a small world! (I made a secret promise to myself there to be kind to people because I never know where I’ll meet them again in this world). 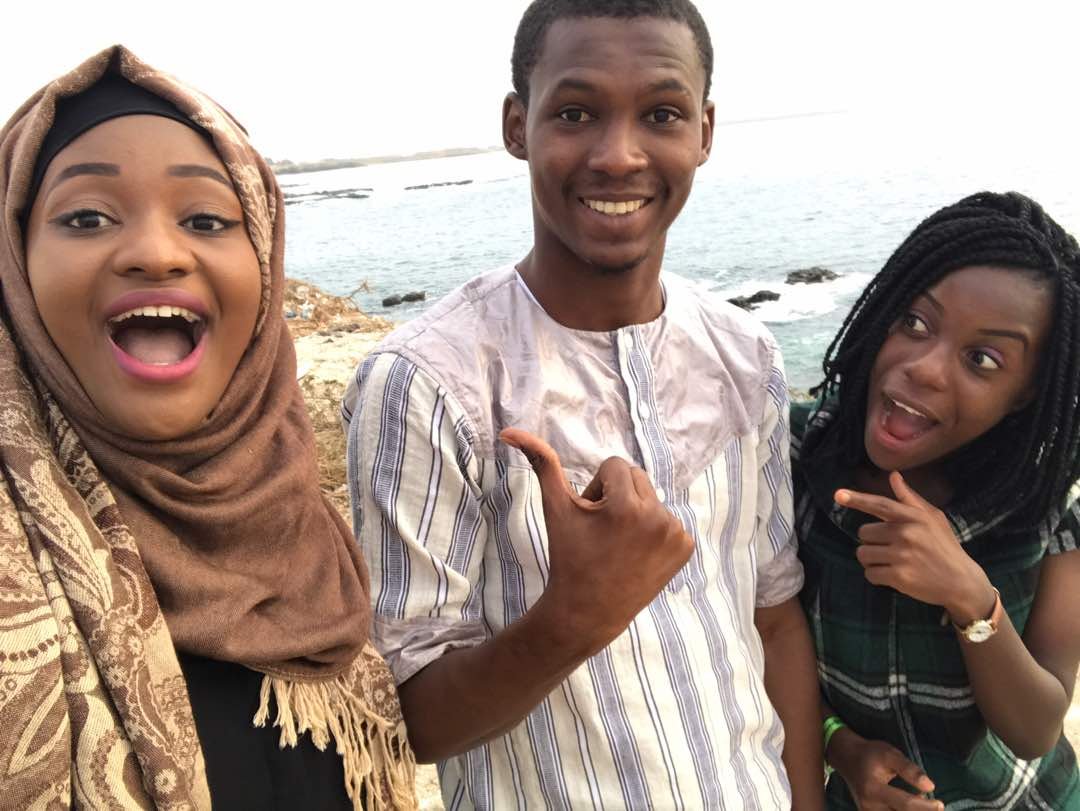 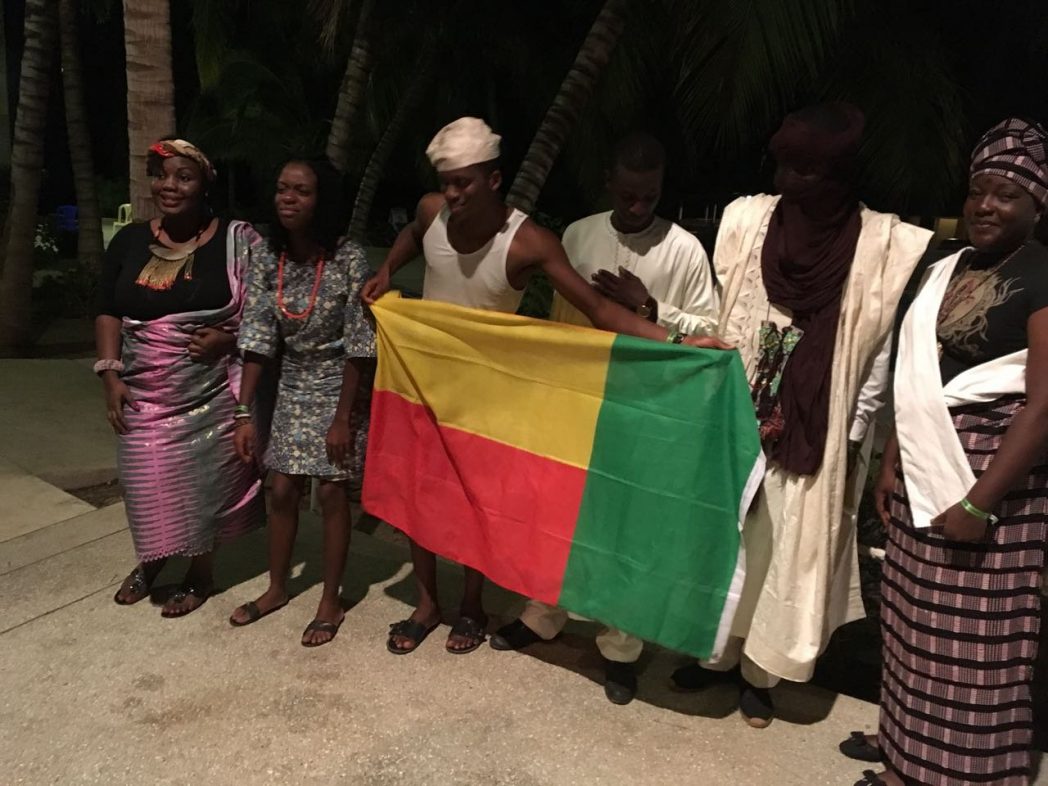 Hotel Royal Saly, our hotel residence was more like a honeymoon destination. The beach resort was just therapeutic! 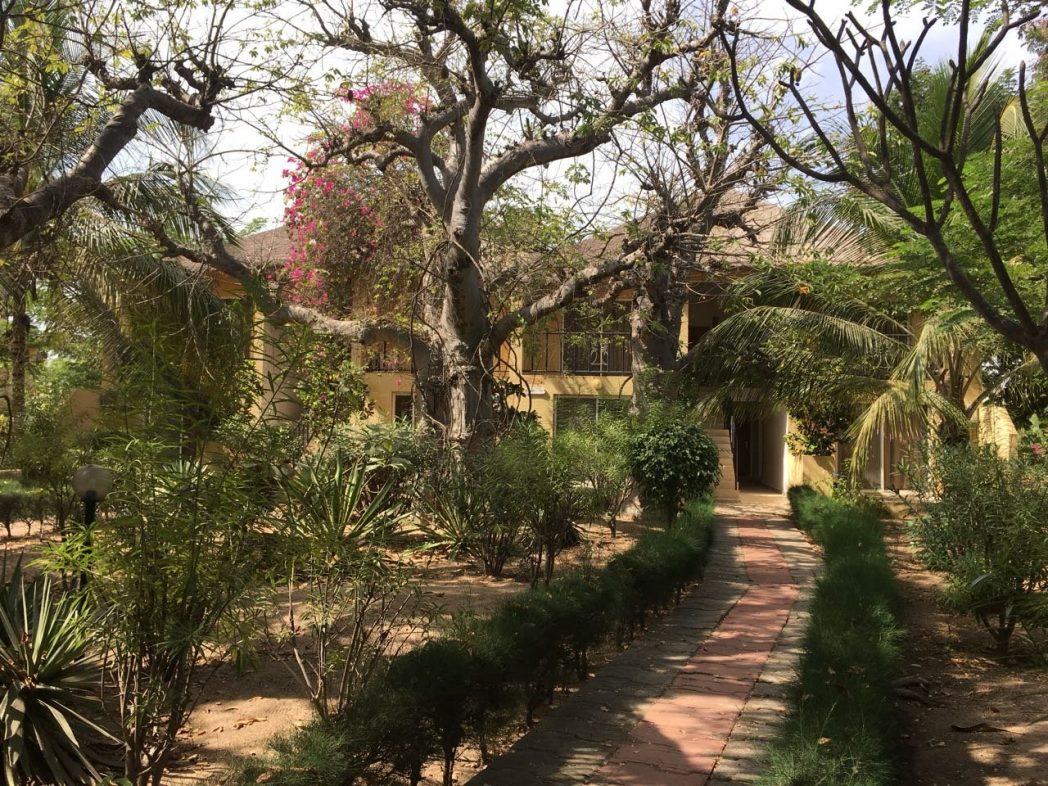 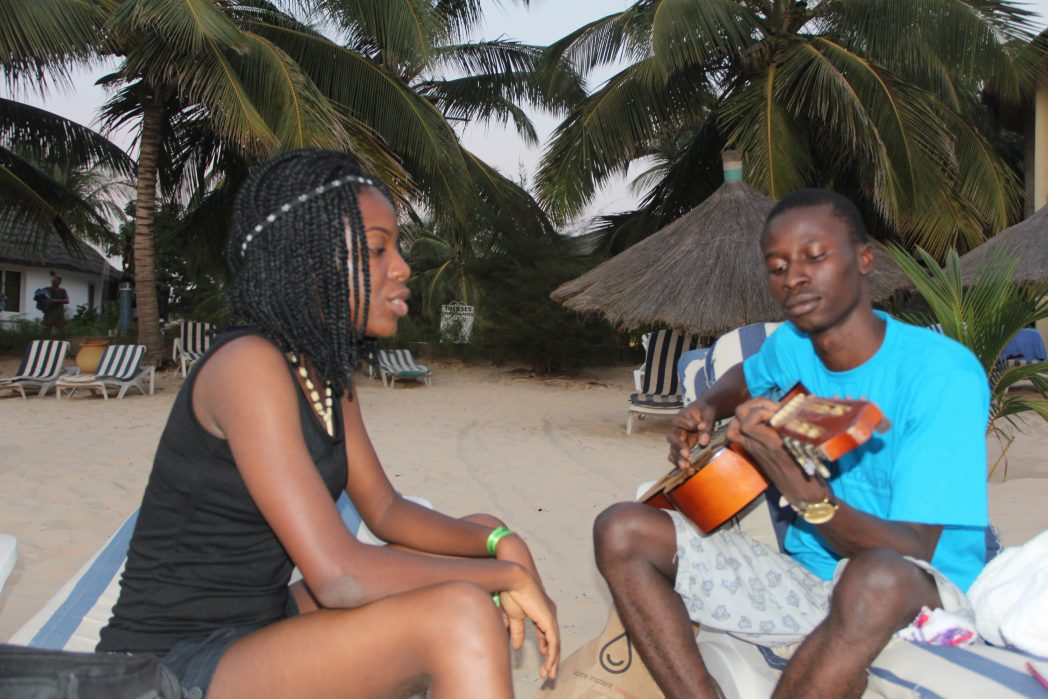 ChangemakerXChange (CMX) summit made me truly understand that no genuine idea of yours to sincerely help people or become an entrepreneur is too small. Every mighty Iroko tree started out tiny. I studied other change makers from other CMX cohorts in different regions of the world. One thing that struck me about some projects were that these projects were targeted at few people but they made the most influence! Some projects were as simple as having people come over for dinner and tackle or talk about issues to break stereotypes (Gwen Yi Wong – Tribeless).

Dear young people, stop for a moment about thinking about massive numbers. Sometimes, it is better to have 10 people who can vouch for you anywhere in the world that you have truly changed their lives and stories, than to have 100 people who cannot say that your project did anything significant for them. If you have the latter, something is wrong. 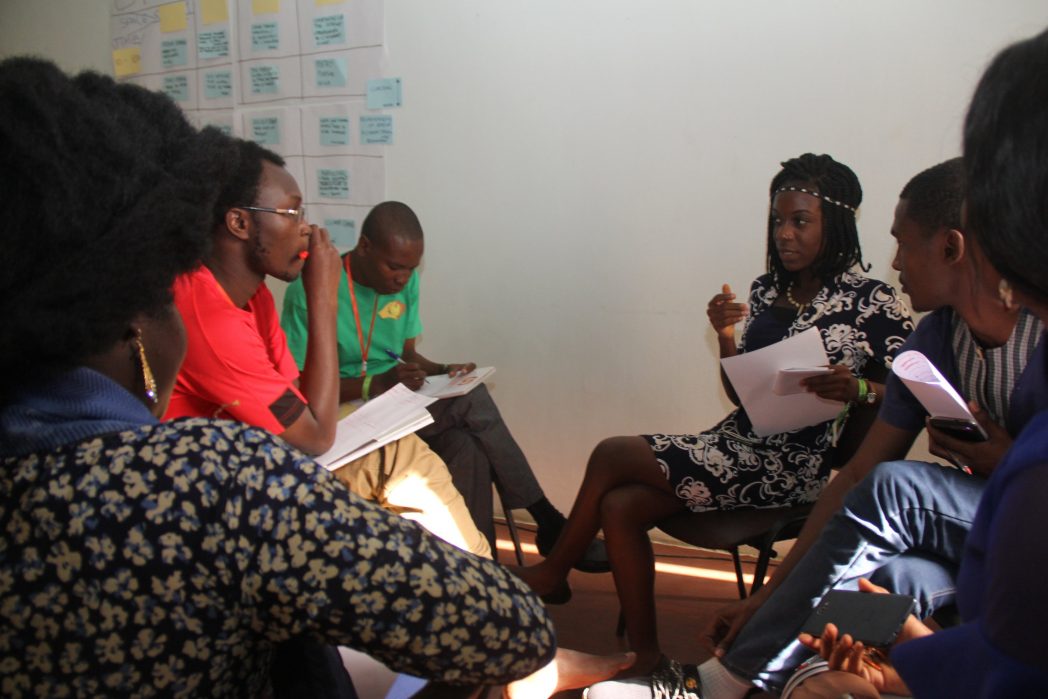 It is those little genuine efforts you make, harnessed together that make a difference at the end and it is those nights and days I slept in classrooms filled with mosquitoes during outreaches and those weekly publications of bulletins and magazines I did as a co-leader in FECA that added and taught me a lot. Start small, keep reading but just start anyway. 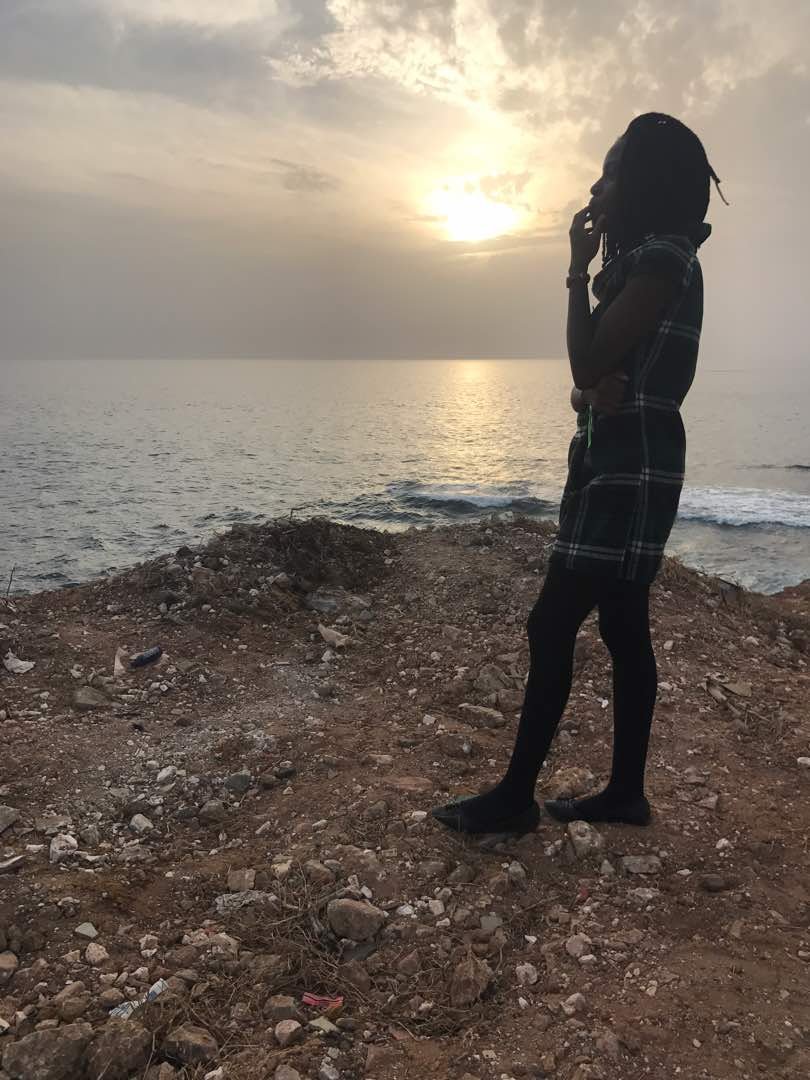 It has never been so easy for me to explain Blankpaperz to people and I’ve been so modest about it. I thought my idea was not grande enough and that people took me unseriously, but at the Xchange this changed. I spoke about Blankpaperz, I talked about how I wanted to tell more important stories. I held sessions and talked about the role of empathy and one’s experience and how storytelling mattered a lot in the society. 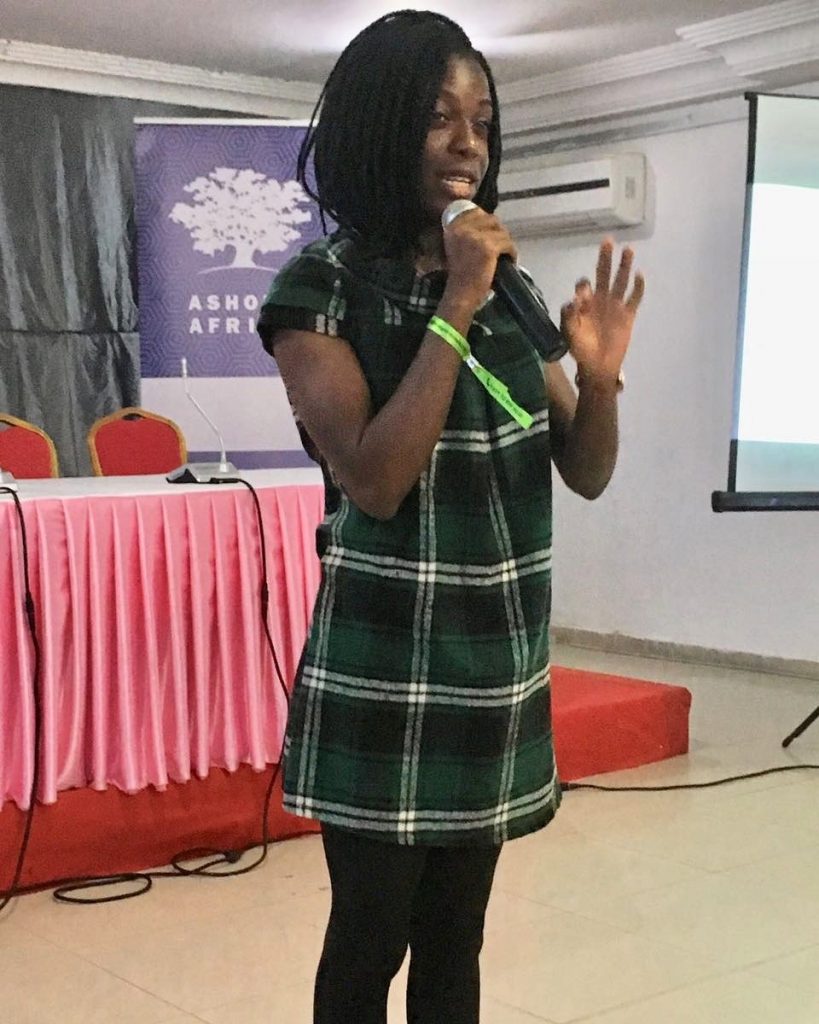 I pitched to the ecosystem of Dakar about the importance of my Blankpaperz and why telling your story is important because words can inspire, cause massive awareness and even be a serious tool for advocacy especially with the power of social media combined. Adekunbi Adeoye even brought up a collaborative idea on how we could document the stories of more people.

I asked Shade Ladipo for advise about Blankpaperz because I wanted to know how to keep my dreams alive and sustainable.

(P.s I want to improve my storytelling through digital means, so if you know someone who does the kind of work Humans of NewYork does or someone who does the kind of journalism where they go deep into villages and communities to document real life pressing issues and tell the stories of voiceless people via video and picture format, would you be kind enough to introduce me to them? I want to learn more. Thank you in advance).

What did I learn?

If I want to grow:

Don’t we all know this already? I felt yes! I’m among all these amazing people and I have to make the best out of it by asking questions of people who’ve been there, done that. I can’t die in silence and in assumptions. It wasn’t easy walking up to Shade on that bus. This was me about to admit and be vulnerable to her that I didn’t know, wanted to know more and that I was confused and needed someone to act as a soundboard and advise me. 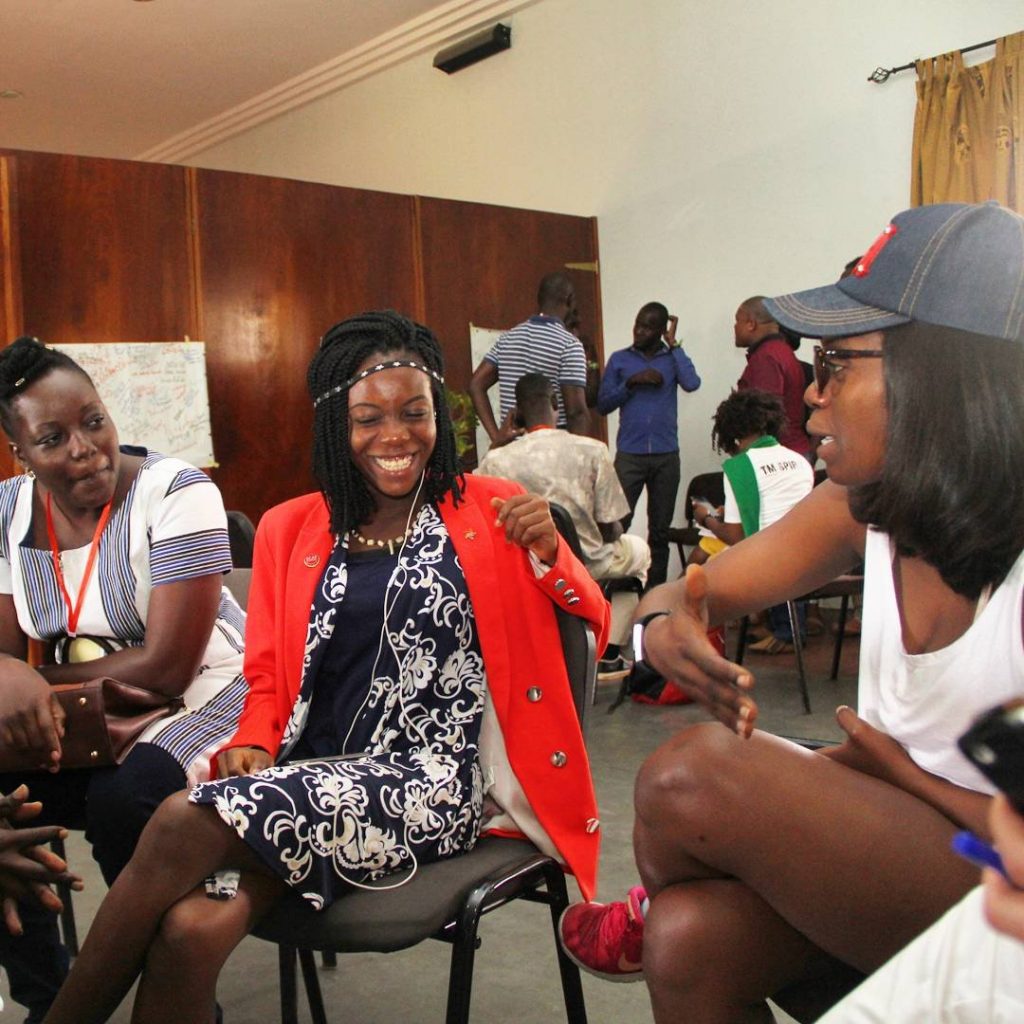 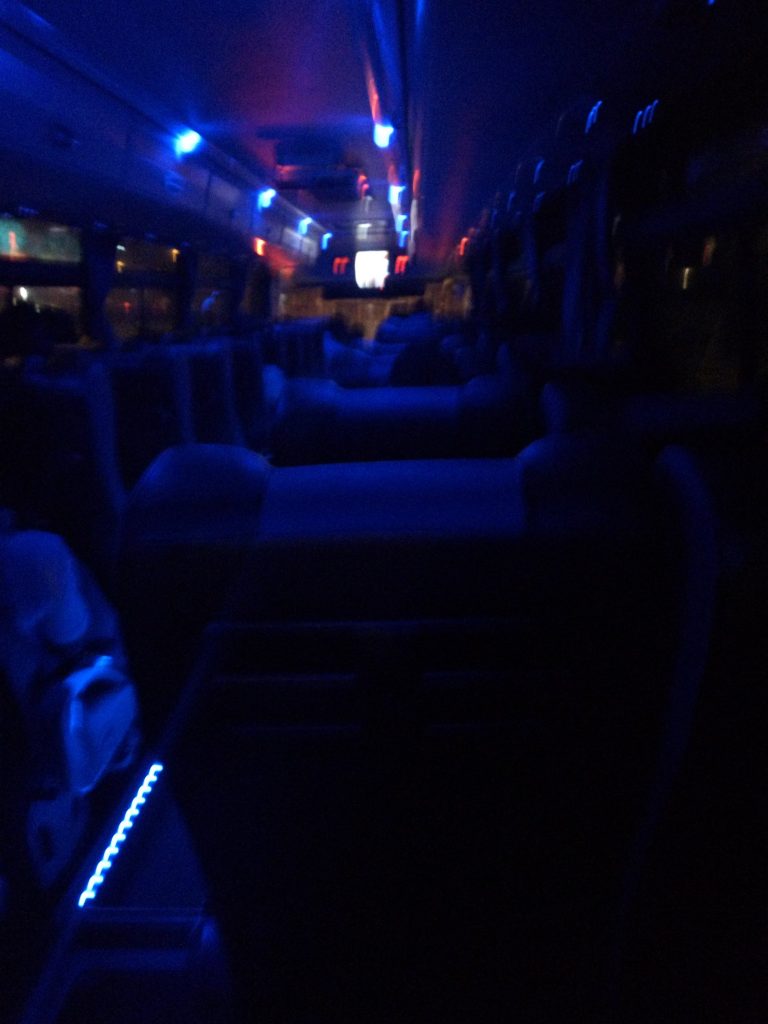 I tell you that I’m glad I did this. Asking questions only gets easier the more you practice.

What else did I relearn?

Shade reminded me again that one of the beautiful gifts to have on earth are not just friends who encourage you and tell you that you can but also friends who tell you right in your face the hard truth about how wrong you are.

ElHadj again reminded me that I have a billion stars. These are the people that our paths will positively and impactfully cross in my life time.

Adekunbi Adeoye reminded me too of how important it is to say no. 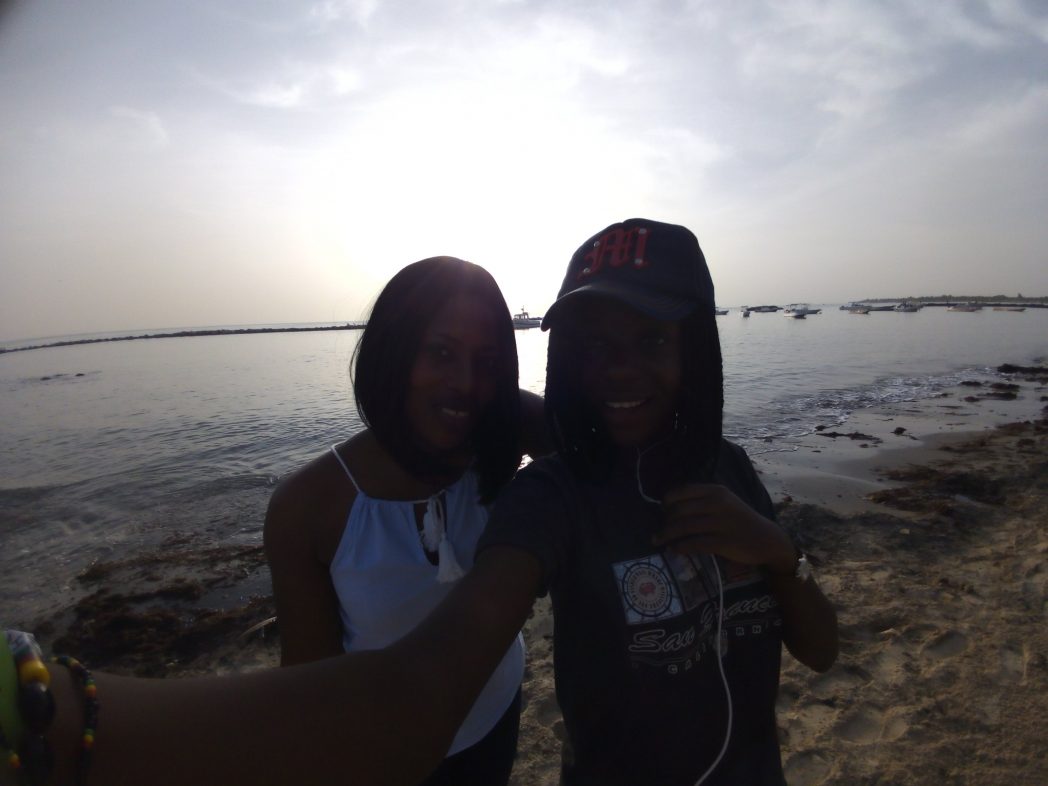 I told Grace Ihejiamaizu that I’d met Adekunbi, and she gave me some insight into who Kunbi was. This was another thing I loved about the Xchange. Everyone was plain and simple. I felt they all stripped off their titles and professionalism and achievements and were so accessible, simple and ready to learn. Even though I was the youngest in the group, Amoafoa and Ammaa never made age seem like anything. Of course we made jokes about it sometimes but it never hindered any communication flow and it was love and collaboration all through out. 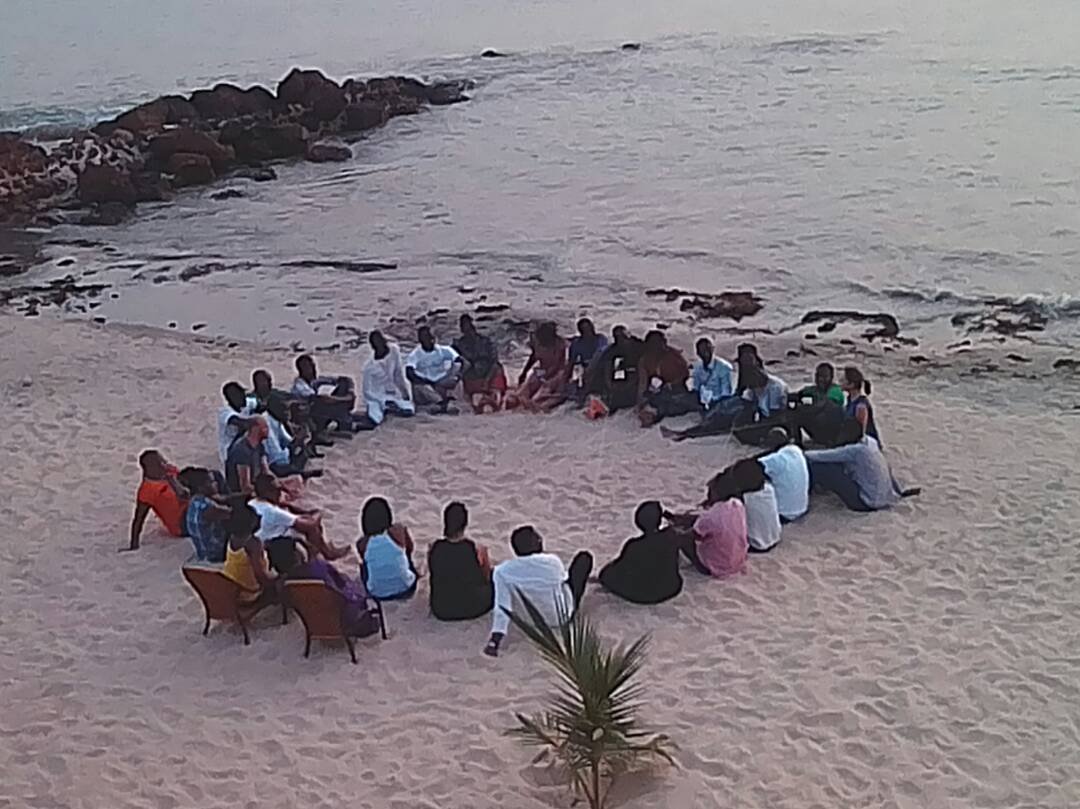 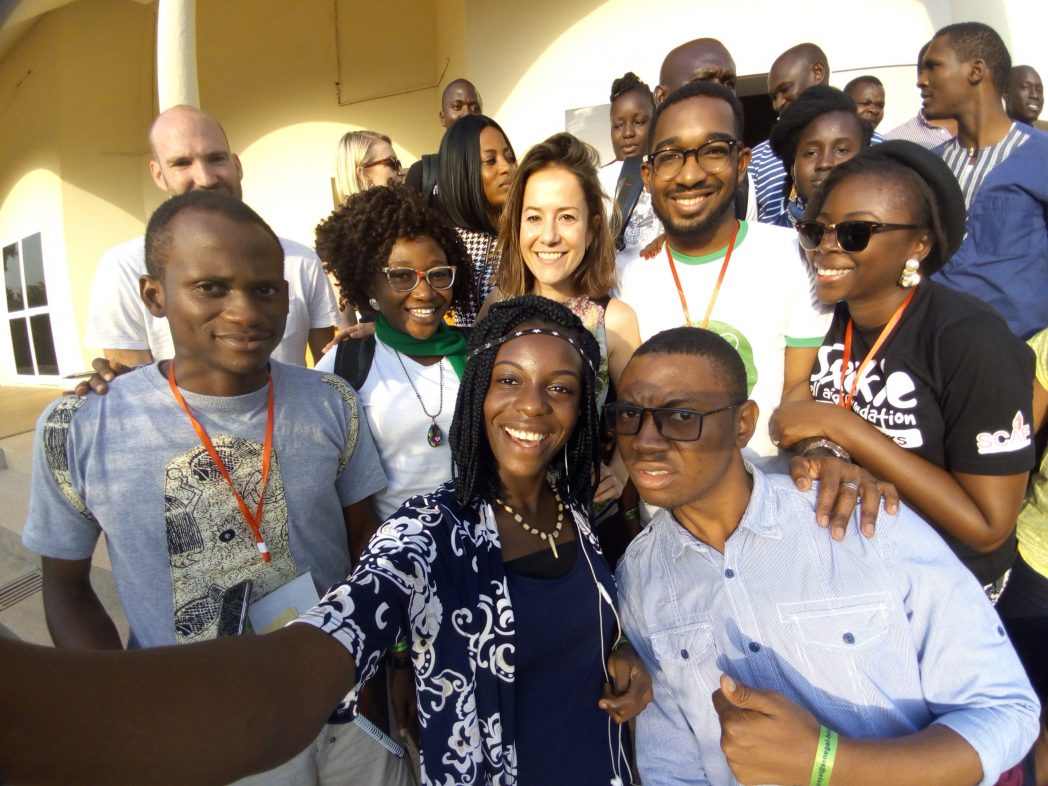 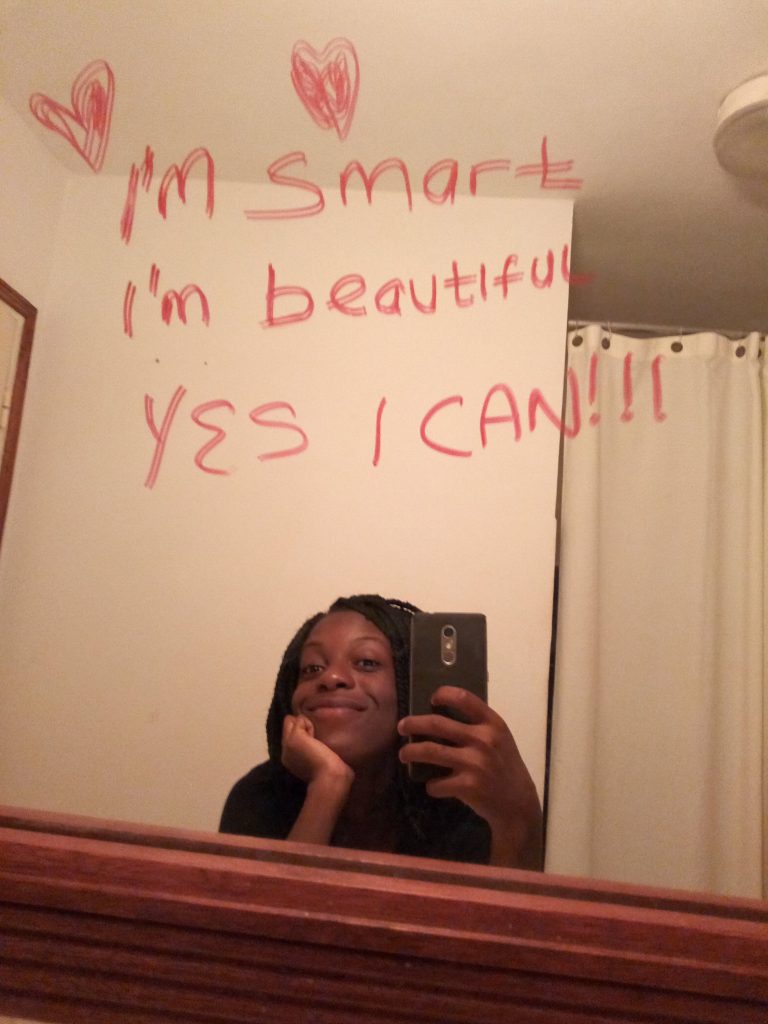 There’s so much more that I experienced, but finally. The one piece of advise I came back with is this:

And thus I leave you to BE. Be your best and be the Changemaker. 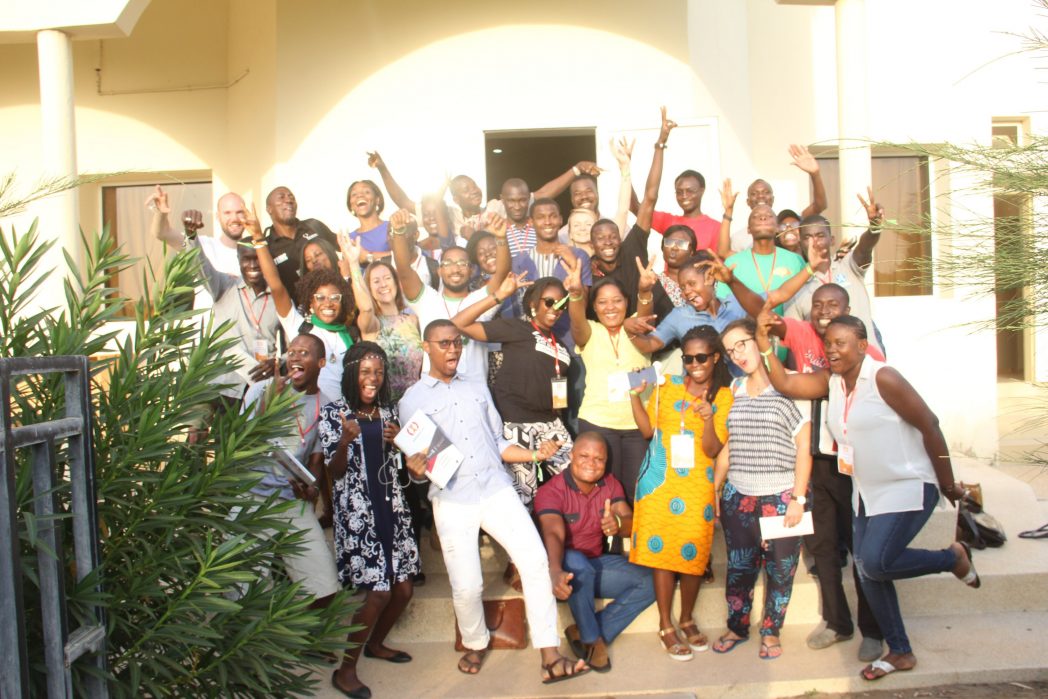