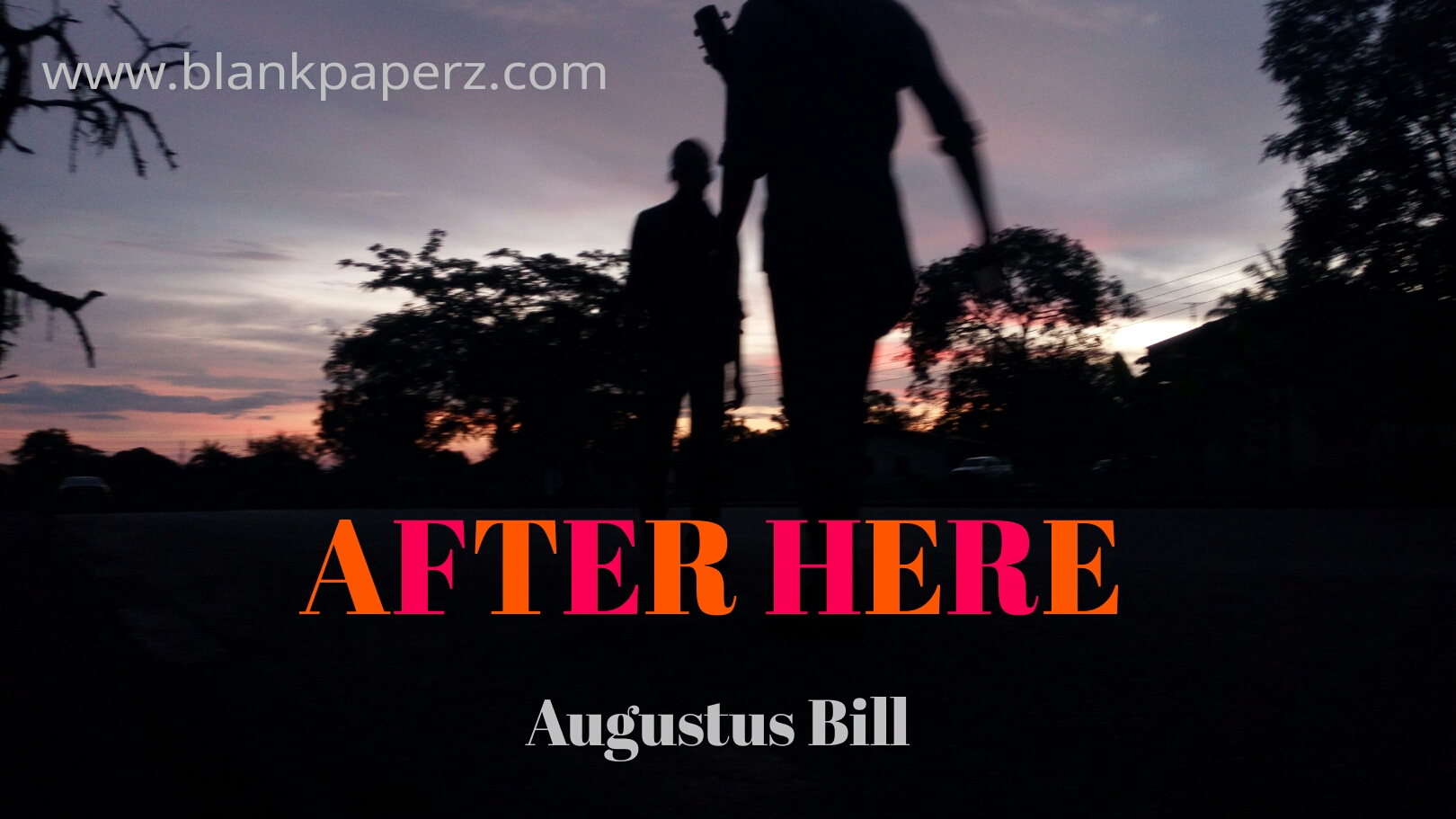 Your joke used to be the funniest in school back then and everybody expected to buy a ticket to your concert at Eko hotel one day, they so hoped on your making it, but these days you are so dry that you can’t even amuse yourself, like your hard disk of jokes had been replaced with that of a sadist. You don’t just understand where and how things went wrong.

You used to write mind cracking articles back then in school, and had a lot of audience on your blog, people visited your Facebook wall like it was a Doctor’s prescription; two times in the morning, once in the afternoon and three times at night. They all expected to read your bestseller one day, anticipated to see your stories featured on Blank Paperz, they hoped to see you lift the Caine Prize or even the Man Booker, they so hoped for that, but these days you can’t even write more than a paragraph of incoherent words. It started with a writer’s block, you thought it would pass, but then you never got your pen back. You try to figure out what happened, but you can’t.

You used to have the nicest voice in school back then, even the noisemaker DJ Drew, had it on repeat at the University Gate, DJs had it playing in clubs and shows. Shows back then was never fun unless you performed. People came to shows because you were billed to perform, even show organizers used your picture to sell their shows. Skirts were swooning around you. Everybody just wanted to have a selfie with you, an evidence to prove that they knew you because they were dead sure you were going to blow, so those selfies were probably their pass from your bouncers then. Every Ex you had wanted to come back, and even the current GF would die just to still be with you, that kind of love that tolerates broad daylight cheating and lies, she would tolerate even more as long as she stays. You had so many persons crushing on you, and they all saw your tomorrow. Even Collete Nwadike was crushing on your voice. They expected you shut down Malay, Madison Square, Eko Hotel; they knew you would be the best rapper. But these days you can barely write a hook. You can’t even listen to your songs, you know they are too salty. You just don’t know what went wrong, and can’t figure it out. The last show you performed at was a mess, people started leaving the moment you were called on stage. Even your GF is forming busy for you. You just don’t get it.

You used to be the hottest Bae on Campus, every dick prefers your car park. You shut down every party, and your dress sense is a model for Janelle Monae. There was an unverified rumour that you can’t repeat same blouse in 3 months. Girls clung around you like a bee hive, you taught them how to be classy. You were one of the most outstanding beauty Queens, one of the biggest models and you were highly respected not just because of your Class and Crown but because of the Connections too. All the C’s were working in your favour and you picked guys that you date, they must be taller than Slimshady, funnier than Prince Neche, must have a room as big as Martin Beck’s and must have abs stronger than Freeze’s. People had expected you to win Miss Nigeria or probably any international pageant. They had expected Edoziem CV to profile you on his Top Nigerian Models, and Frank Onwubiko and Aunty Linda to blog your success stories. They also hoped to see you in a video where Clarence shot it. But these days, nobody calls you, even the last vixen contract you got was from one local Aba artist and he even wanted you on the video for free and included that he was doing you a favour. These days you no longer pick men, your current BF is even shorter than Best, and potbellied. Too bad, he lives in a small space, and he is even threatening to ditch you. You don’t get it, how did things change? You have no answer to that.

You use to be the whiz in class, you did assignments for others, organized tutorials for them, and they always left with drums of knowledge from your well of wsidom. They hoped to see you sitting on a comfortable leather swivel, behind a shining mahogany desk, they knew you would go places, but these days your application has seen many offices that they have become stale and tired of walking the streets of Abuja and Lagos. You made a second class and yet can’t understand why you can’t be considered. In fact you just left an office where you submitted an application, only to realise that the General Manager was your classmate, someone you tutored, he barely recognized you, and just a handshake and he was already rushing out for a board meeting in New York, and had a flight to catch. You try to remember the last time you caught a flight, at least a domestic one, oh that stuff is too costly that the moment you try catching it with the condition of your pocket you may be landing in your village.

How did things go wrong, sometimes we bask so long in the Euphoria of Now that we miss the flight to tomorrow; We are so locked down in doing the now that we are locked out of tomorrow; We are so complimented by the compliments of the now that we lose focus of where we are headed. Always have this in mind, what you are or who you are now cannot be compared by what you would be tomorrow. Stay Focused, and never lose focus.

Previous articleThe End of The Beginning by Ogala Osoka

Next article BRAVE by Fortune Mbah